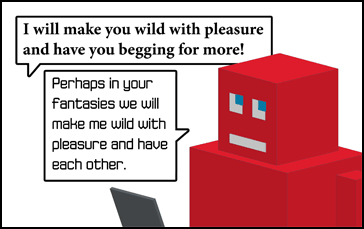 Robonk is a comic strip featuring a Robot that is a sex therapist. The robot talks to patients. What makes this comic strip distinctive is:

Strips are generated from data leak sources, and those lines are entered into the Eliza AI program. New sessions are created per patient, so the influence of prior lines has been flushed out. If you are curious about what a specific strip was created from, click on “source” and you will see both the patient’s profile and the conversation with Robonk that was edited to become that strip.

Possibly. If you set a minimum requirement of 100 strips, that is highly likely. If the floor is set at 500 strips, almost guaranteed. I could have kind of done this strip (minus the data leak) in the 1980s with ASCII art and a dot matrix printer. I didn’t, but someone may have. Unlikely they eclipsed 100 strips.

If you searched Google for “ai comic strip” during the last half decade, Robonk was on the first page of results. Sometimes at the top.

Robonk was created, and strips were first released, in March of 2017.

How often are the strips released?

Are you going to be releasing any identities from the data profiles?

Absolutely not. This comic strip was created to be entertaining and really, really not serious. Please have your giggles and leave everyone alone. Thanks.

Where else can I find Robonk?

Sharing the above links as well as Robonk.com is encouraged. Thanks!

What are the influences for the comic strip? 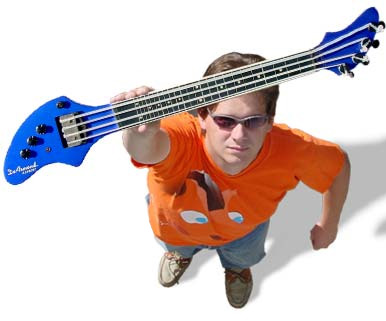 The influences are limited due to the fact the strips literally write (but don’t edit) themselves. That said, somewhere an impact was made by:

What’s with the freaky comic strip numbers like #000BE?

The comic strips are labeled using hexadecimal. Numbers are base 16 rather than base 10, so in addition to 0-9 there’s also A-F. A side effect is there’s actually more strips than it appears on the surface. #00100 was the 257th strip because the series started with #00000 and is numbered in hexadecimal.